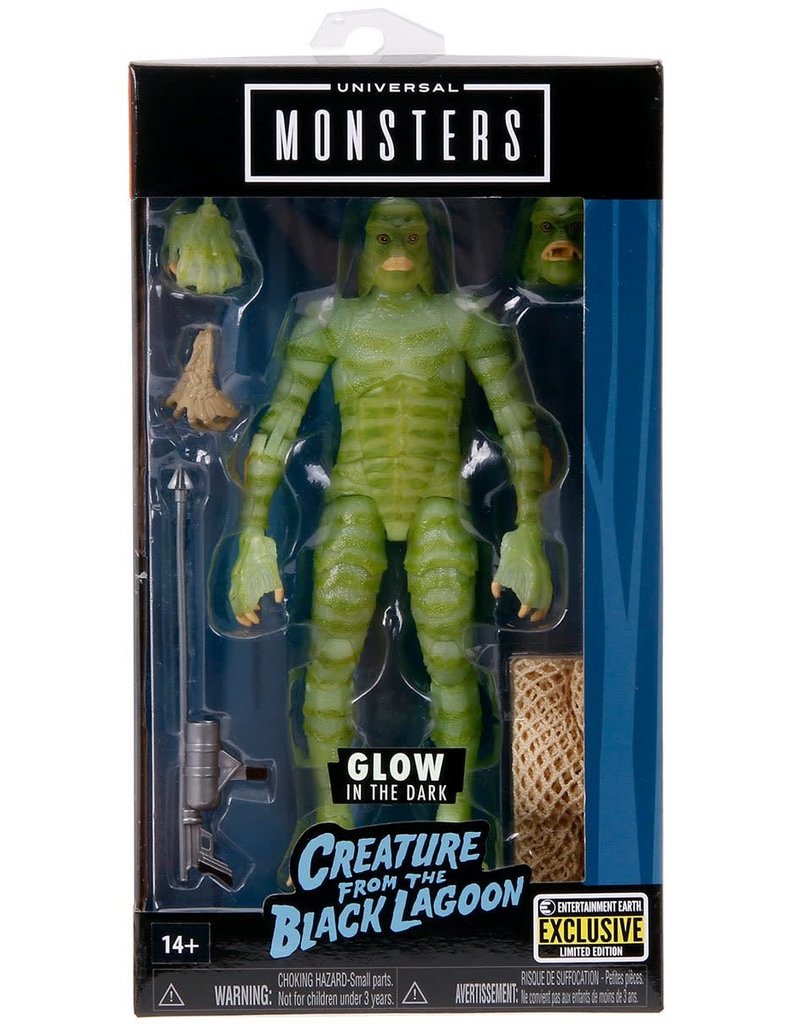 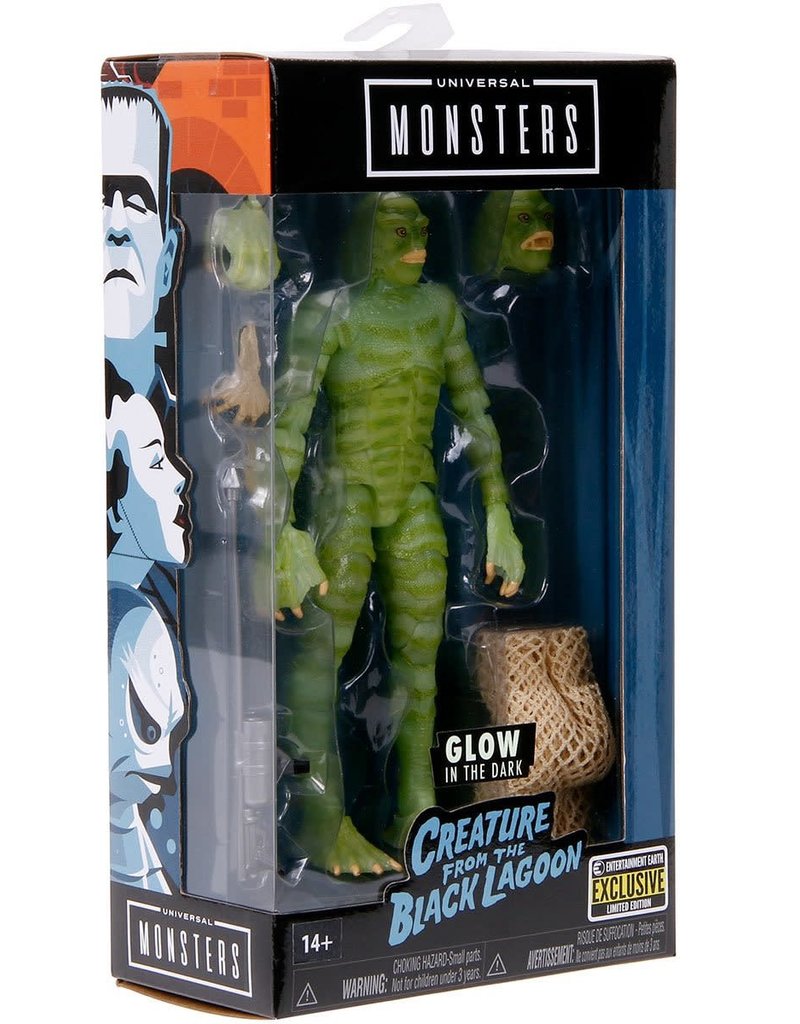 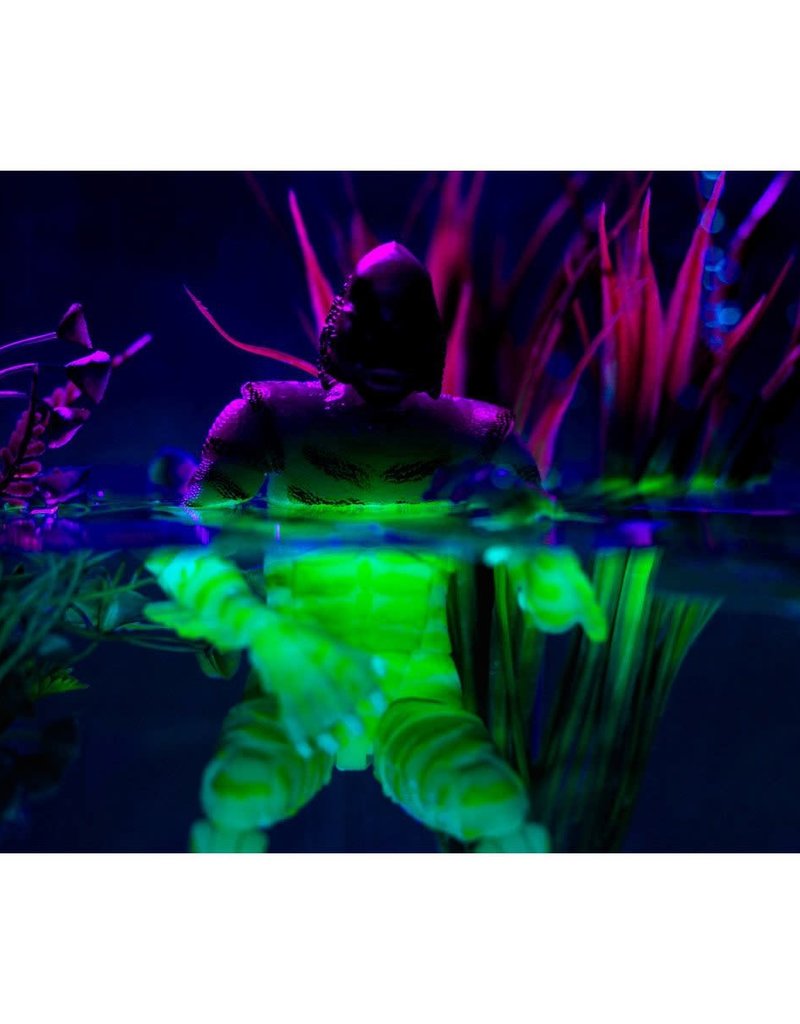 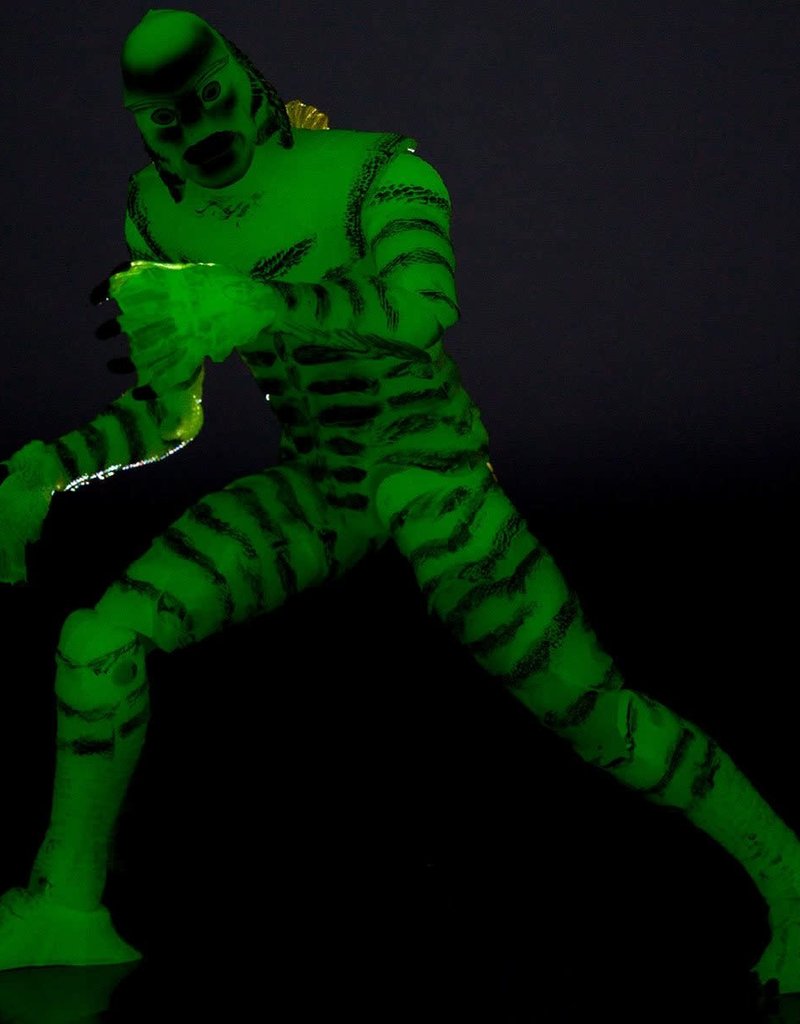 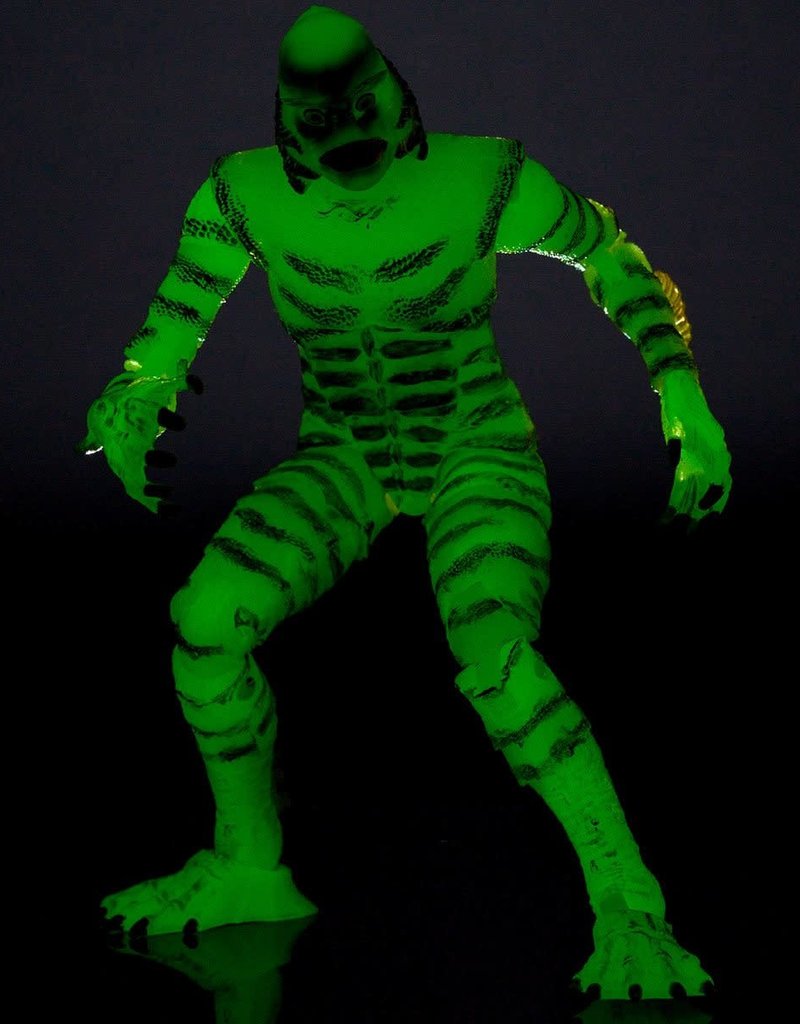 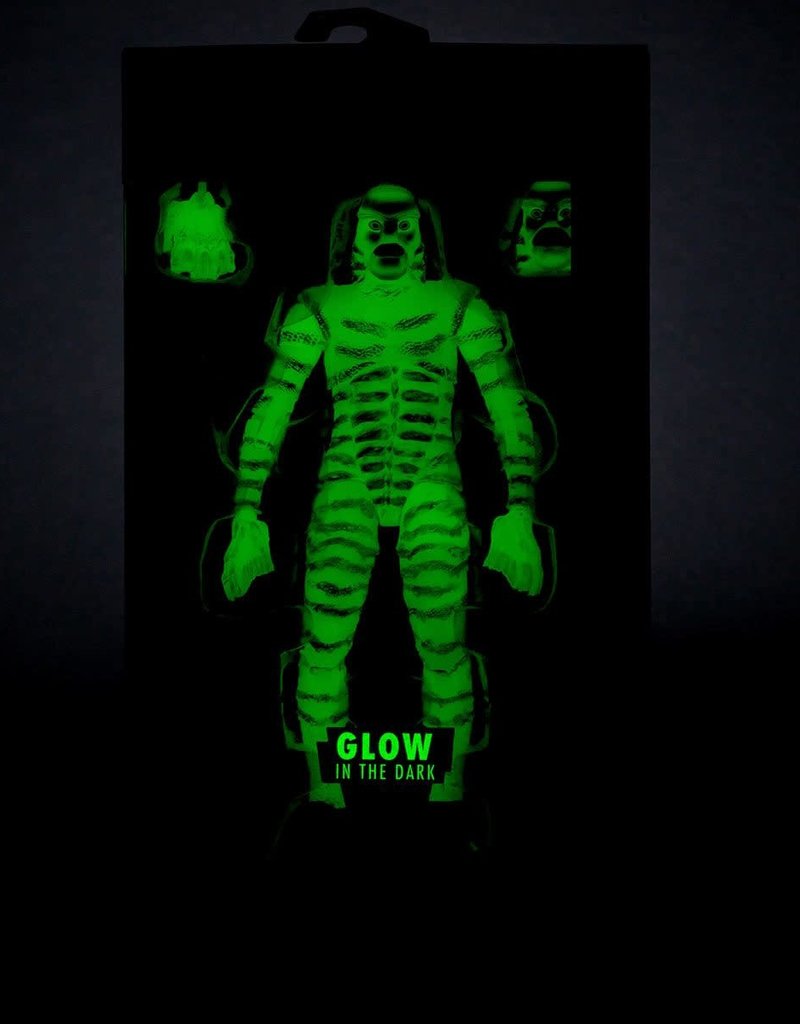 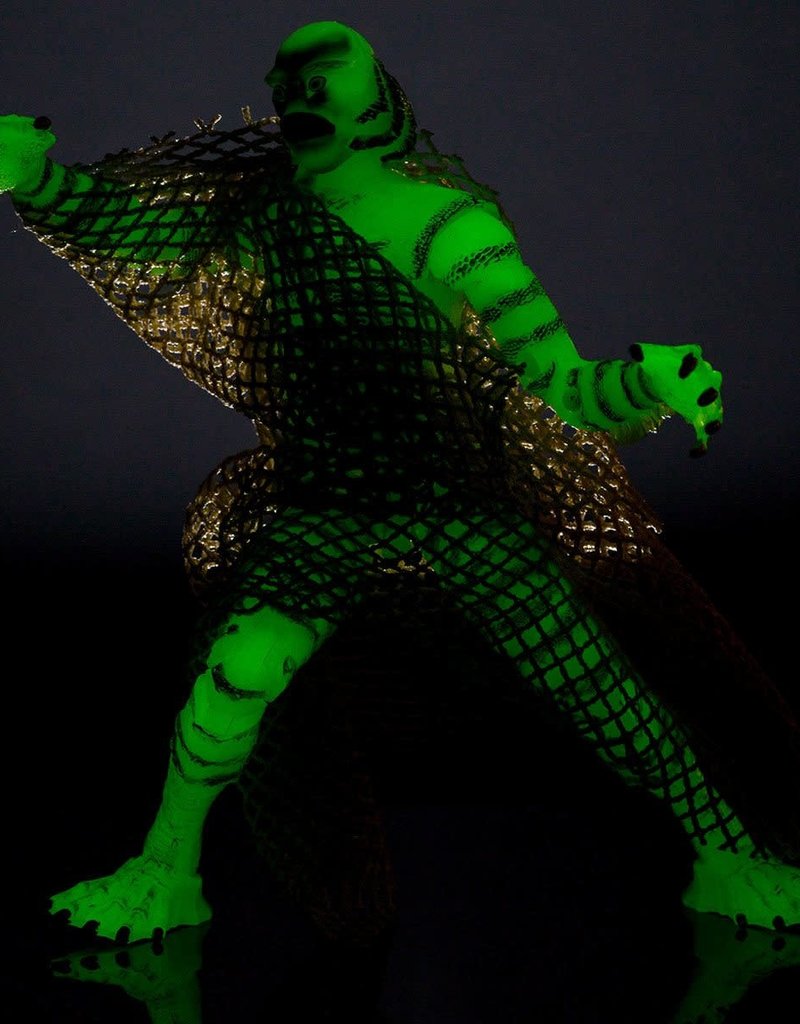 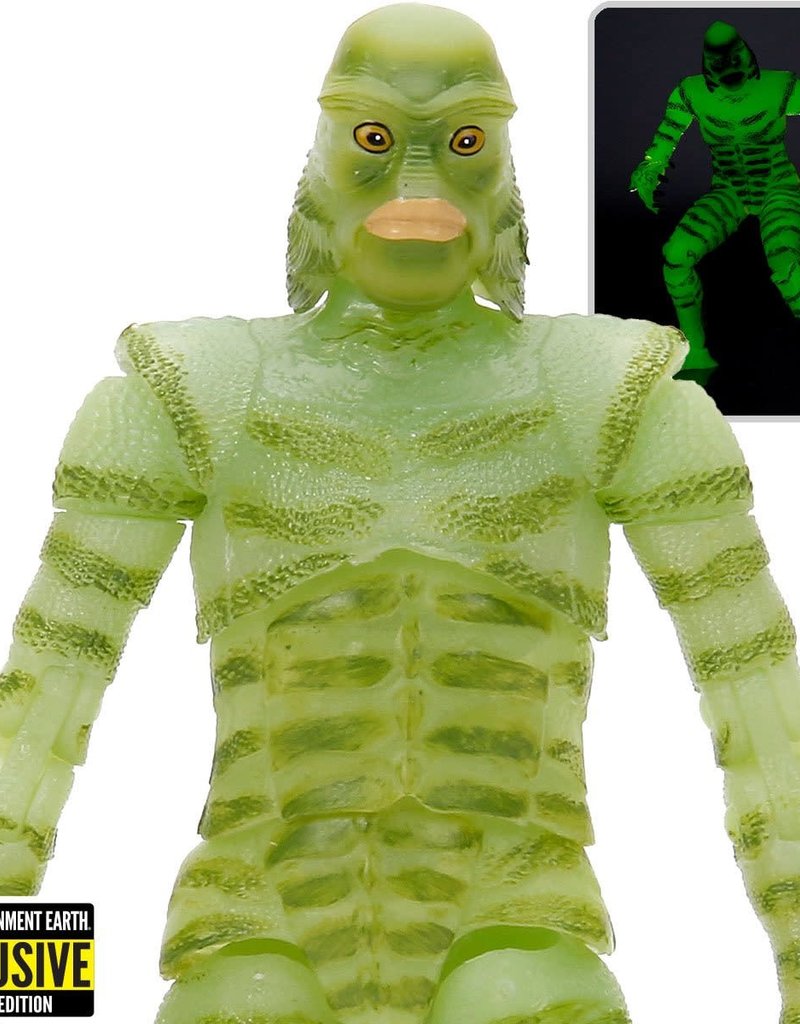 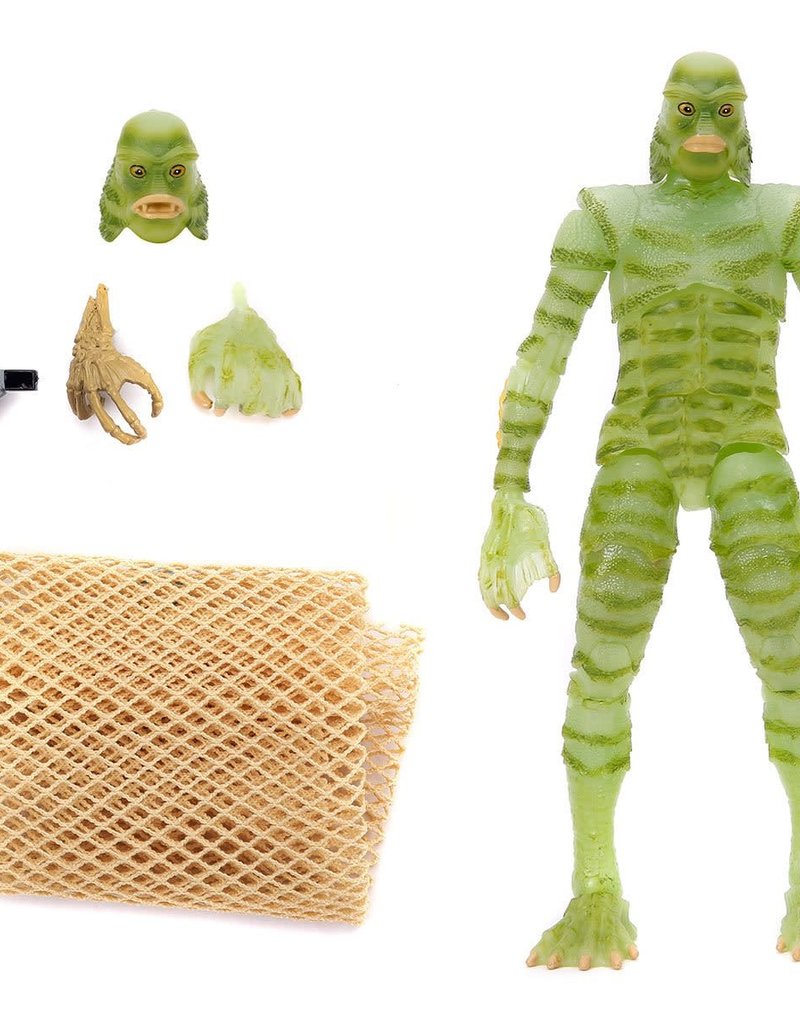 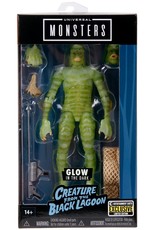 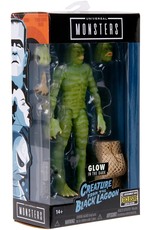 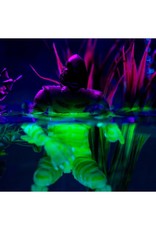 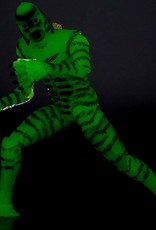 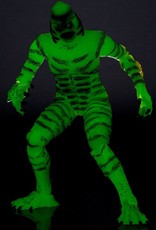 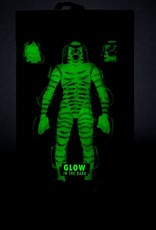 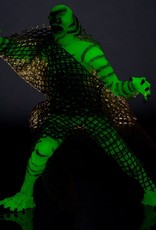 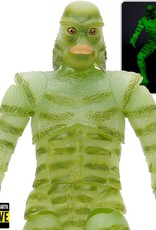 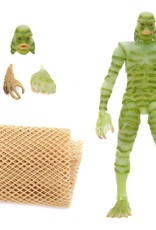 Collectors, cast your net for the elusive Universal Monsters Creature from the Black Lagoon Glow-in-the-Dark 6-Inch Action Figure. Harboring a detailed paint job and a swimmingly articulated form, the Amazonian Gill-man is a sensational glow-in-the-dark figure that can be posed in a multitude of mannerisms using his alternate head sculpt, an alternate hand, a harpoon gun, a net, and a bony hand! The additional head and hand also glow. The Creature from the Black Lagoon out of the 1954 black-and-white film bearing its name is suitable for paleontologists ages 4 and up and comes packaged in a window display box. Quantities are limited, so order yours now before it gets away!