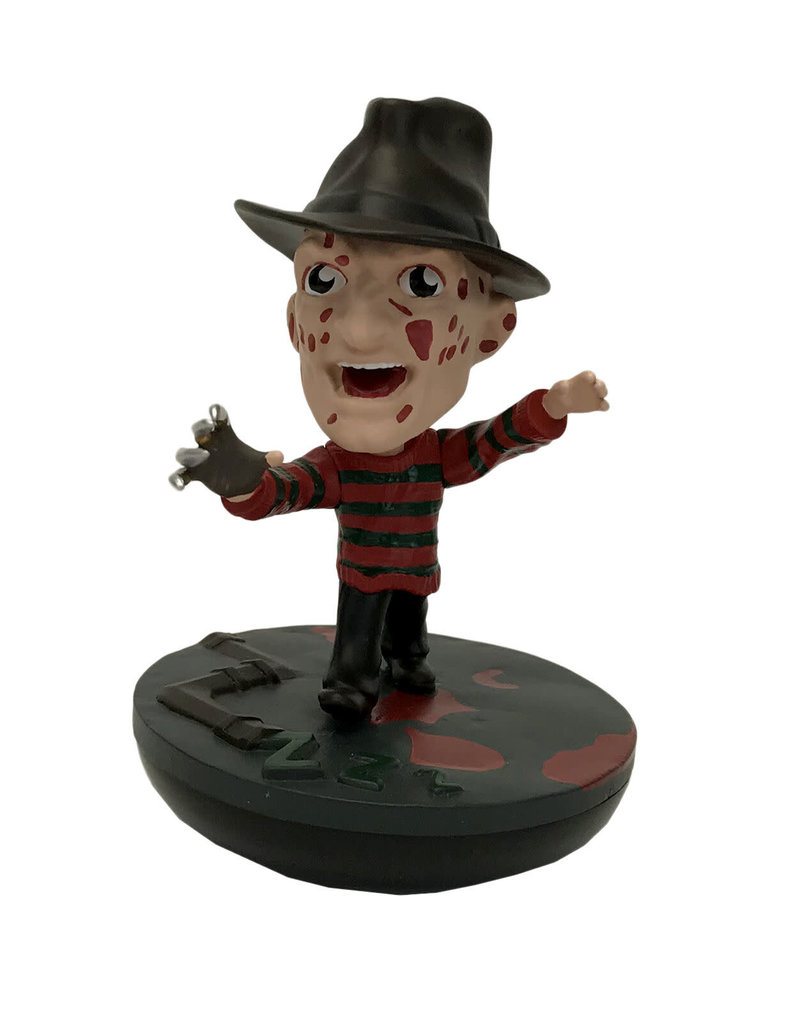 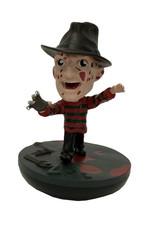 REVOs™ are the world's first vinyl figures with a unique twist—collectibility and play value! Unlike any other popular vinyl figures, REVOs™ incorporate a special “spin”– MOVEMENT. The secret—a proprietary, self-righting mechanism built into the base of every REVO™, which allows the figure to revolve, rock and wobble.

You can now face Freddy from the original horror series Nightmare on Elm Street against each other in head to head REVO™ battles and/or build a pop-culture army that’s always on the move. You can spin’em, rock‘em, knock’em and revolve‘em, but you literally can’t put them down!