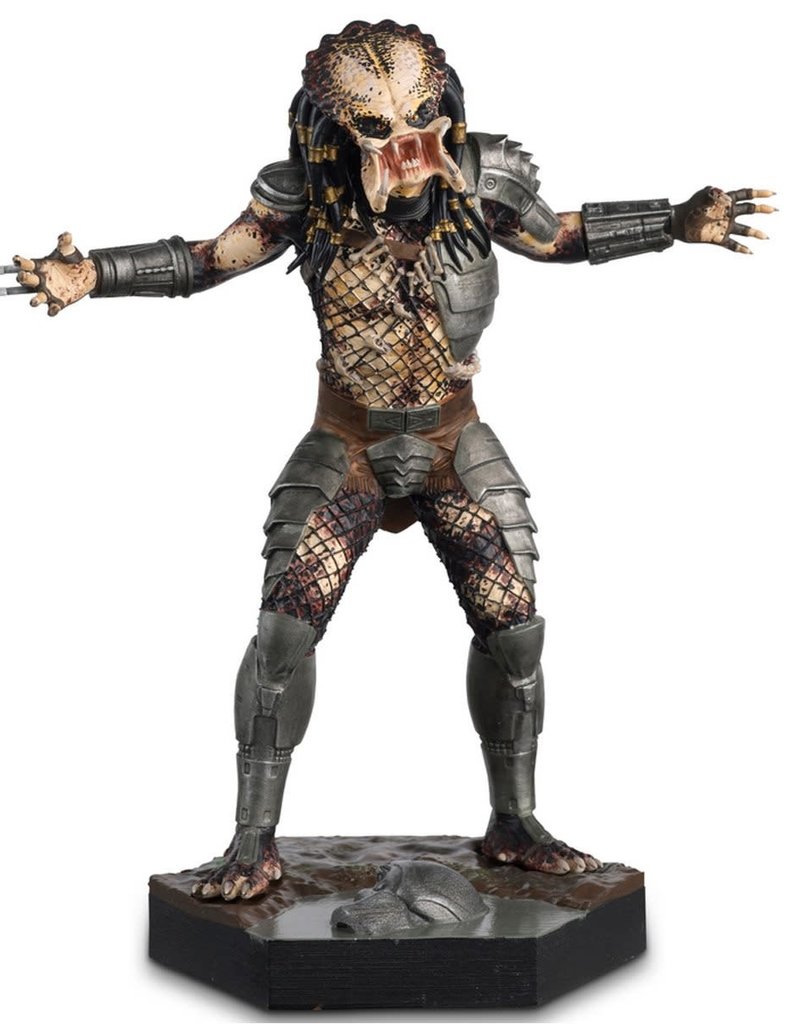 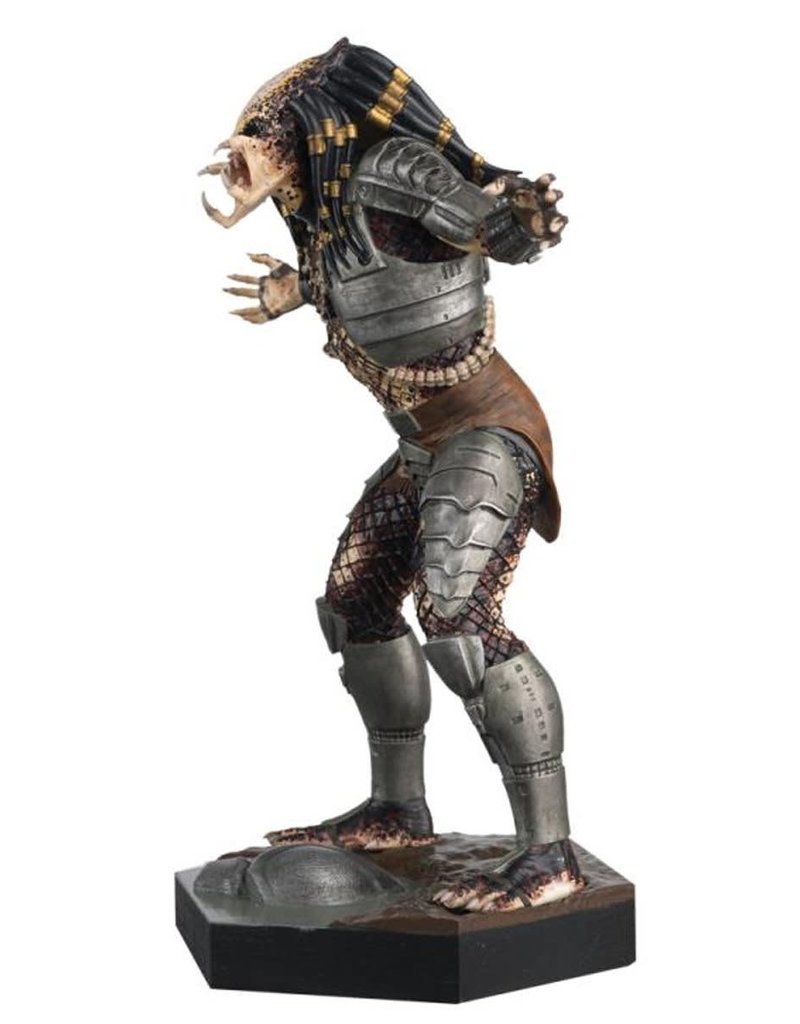 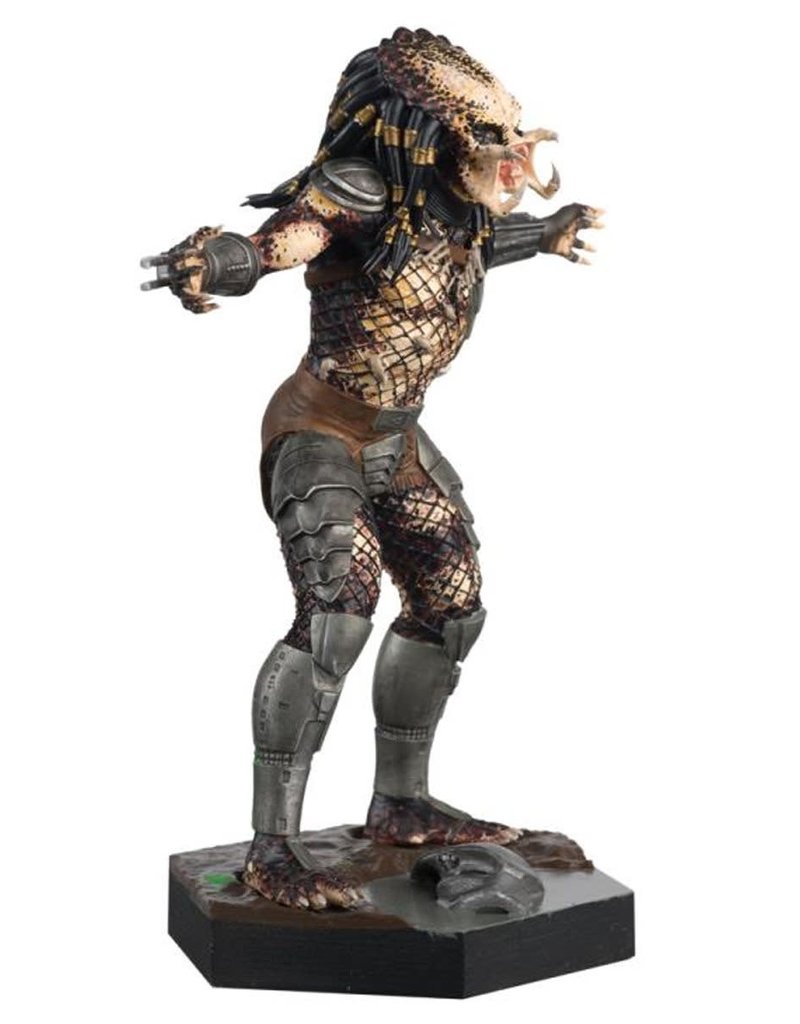 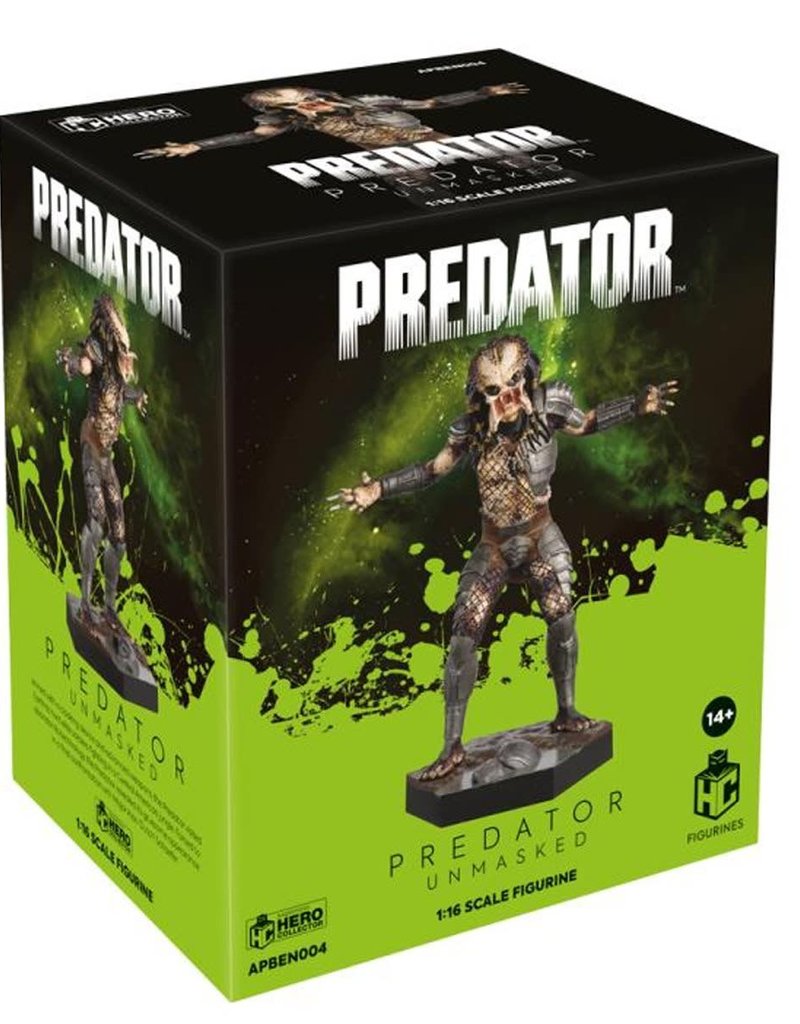 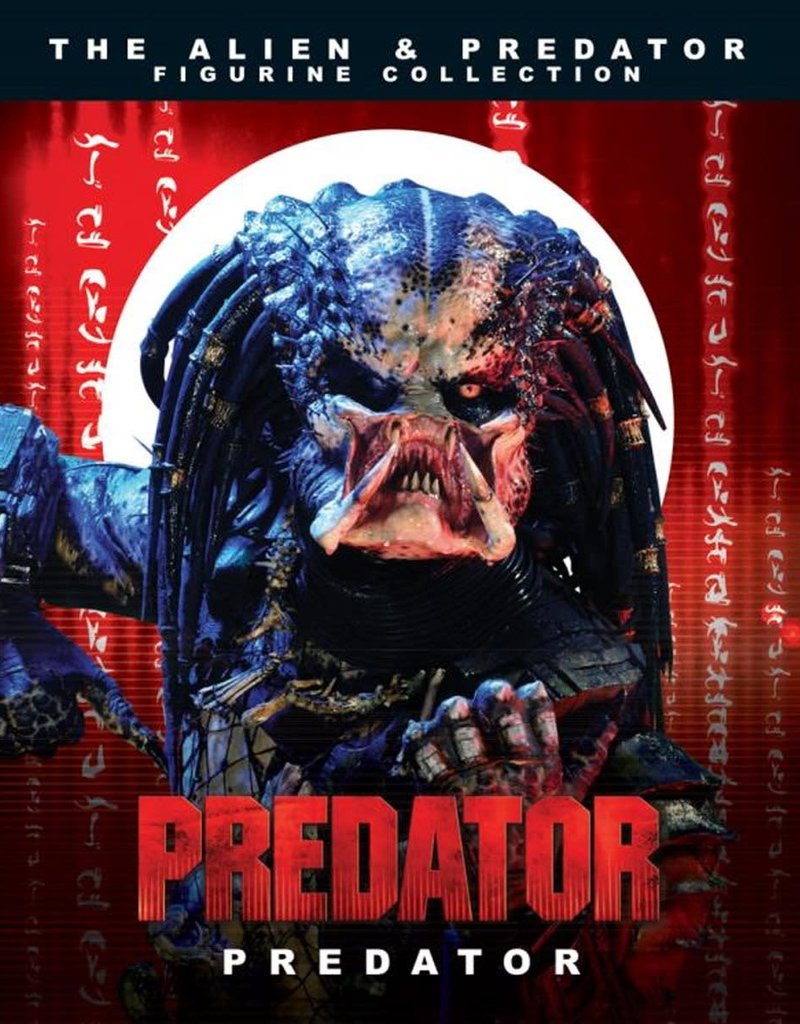 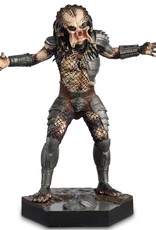 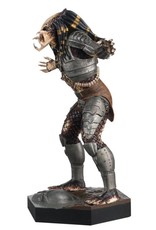 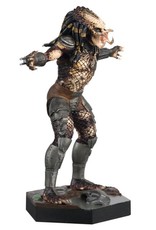 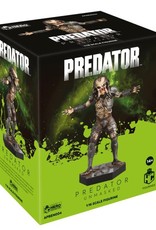 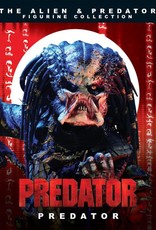 Say hello to the Predator, the titular monster in the original 1987 Arnold Schwarzenegger blockbuster Predator. Highly detailed, hand-painted, and cast in metallic resin, this Alien and Predator Collection The Predator 1987 Figure stands approximately 5 9/10-inches tall. It captures the Predator's final challenge to Dutch, its mask discarded as it roars with flared mandibles. The Predator's distinctive mandible jaws, mottled skin pattern, and tentacle dreadlocks are on full display here - for most prey, that's the last thing they'd ever see! This incredibly detailed hand-painted replica was designed using materials straight from the film studio. Don't "get to the chopper." Get this figure before it cloaks and disappears! Ages 14 and up.

The Predator is armed with a cloaking device and multiple advanced weapons as it visits Earth to hunt elite soldiers fighting in a Central American jungle. When it takes on a commando team led by Major Alan "Dutch" Schaefer, it kills the six-man team one-by-one until only Dutch is left. This figurine presents the Predator in the final battle when it reveals its gruesome appearance.

Collect all the iconic creatures from Alien and Predator with these collector's editions! Each sold separately.
Add your review
0 stars based on 0 reviews
Add to wishlist / Add to comparison / Print