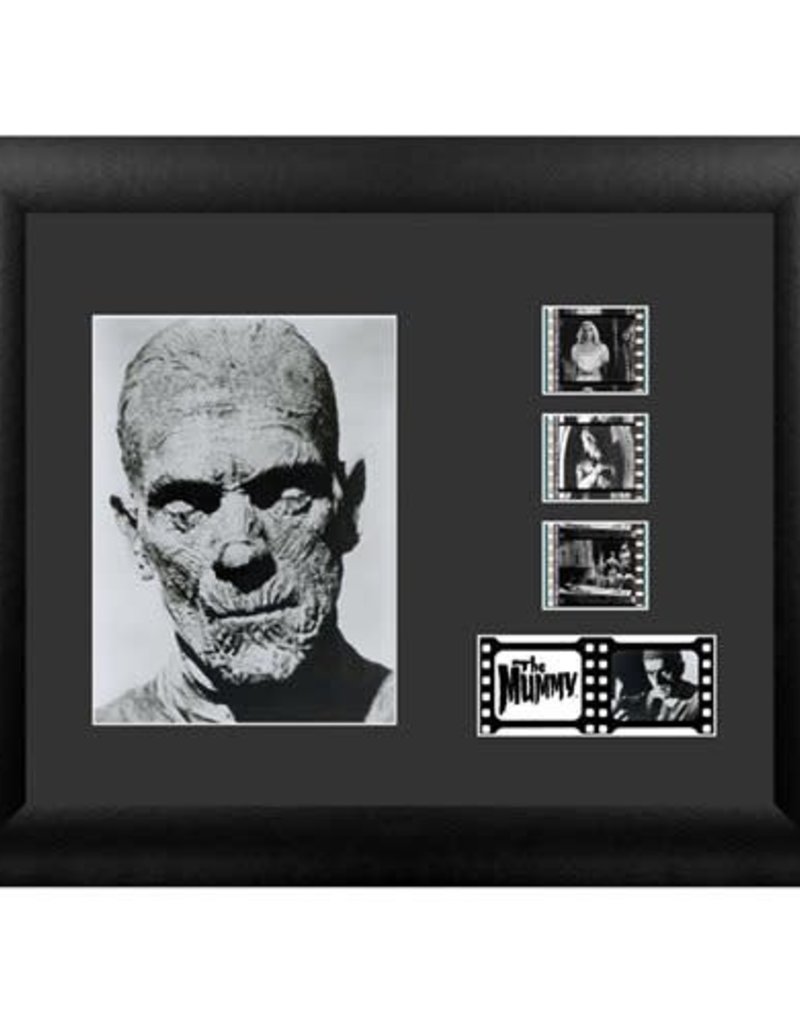 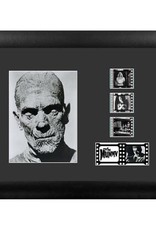 The Mummy Boris Karloff Film Cell. The Mummy is back in this 8-inch by 10-inch print of Boris Karloff as The Mummy alongside a series of 35mm film clips. This item comes in a beautiful black ash effect frame with a stunning sublimated plaque and certificate stating authenticity.

In 1921 a field expedition in Egypt discovers the mummy of ancient Egyptian prince Im-Ho-Tep who was condemned and buried alive for sacrilege. Also found in the tomb is the Scroll of Thoth which can bring the dead back to life. One night a young member of the expedition reads the Scroll out loud and then goes insane realizing that he has brought Im-Ho-Tep back to life. Ten years later disguised as a modern Egyptian the mummy attempts to reunite with his lost love an ancient princess who has been reincarnated into a beautiful young woman.